As of November 30, these are the latest updates:

Today, all eight current teams are expected to declare their choices and retentions. The following are some of the retentions that Cricbuzz is aware of:

Virat Kohli and Glenn Maxwell were always favourites to be retained by RCB, but they had a dilemma with Indian selections. By keeping Mohammed Siraj, it appears that they have made up their minds. Retaining an Indian bowler who appears to have finally conquered the T20 format is a smart option. In any case, RCB has now kept three players. 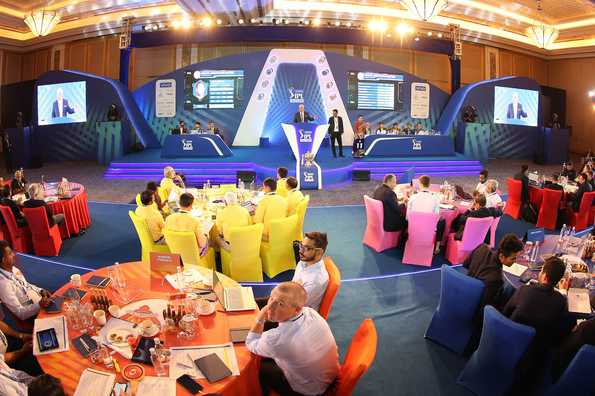 There appears to be a twist coming from the Mumbai Indians camp. The most successful franchise has not kept Hardik Pandya or Ishan Kishan. Suryakumar Yadav has risen above the two and appears to be destined to remain with MI with Rohit Sharma, Jasprit Bumrah, and Kieron Pollard. These three names had always been expected to appear. With a three-way battle between SKY, Ishan, and Hardik, the MI management had to make a decision on the final position. The left-handed hitter appears to have made the cut.

We’re hearing that RR took the difficult decision to leave Ben Stokes and Jofra Archer out. Over the years, Stokes has failed to justify his high price tag for RR, while Archer’s future is questionable following his extended absence. They will be ecstatic, though, with the retention of Jos Buttler, who will be the club’s second following Sanju Samson. RR also looks to have kept young Yashasvi Jaiswal with an eye on the future.

Mayank Agarwal and Arshdeep Singh of the Punjab Kings

KL Rahul has not been retained, as Cricbuzz had reported. As the first retention, Mayank Agarwal has received a lot of support. Do you believe he’d sell for so much at an auction? He is undoubtedly a player capable of delivering at any stage of the innings, and his owners have maintained their trust in him. Arshdeep Singh, an uncapped player, has also been retained.

Kane Williamson is one of the players they’ve decided to keep. And, as Cricbuzz initially reported, they have not kept Rashid Khan! The legspinner reportedly desired to be the first franchisee retained, which is yet to be decided upon. Umran Malik and Abdul Samad, two untapped outstanding kids, appear to have been kept as well. 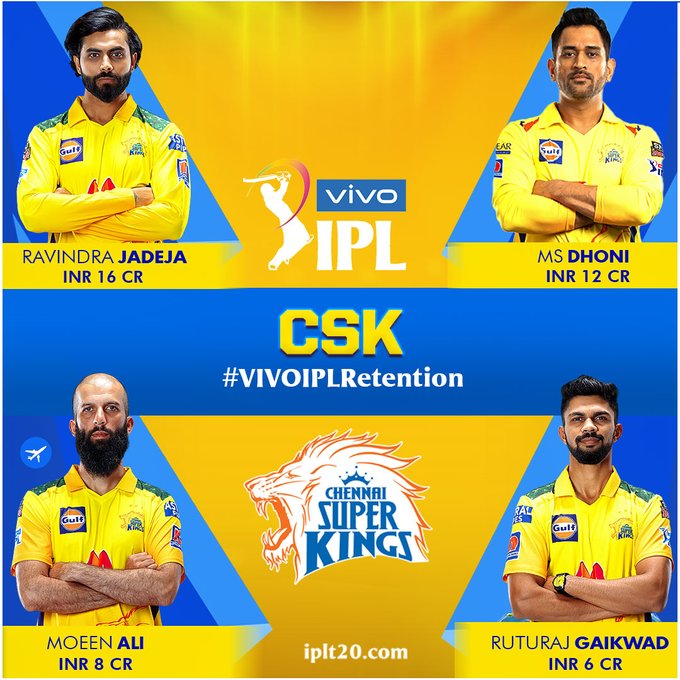 Only through a show televised by the official broadcaster could all of the retained players be officially announced. The BCCI has instructed teams to submit the list of retentions by 4 p.m. on Tuesday (November 30), despite the fact that the deadline is 5 p.m., so that the broadcaster may film the programme by 5. The show starts at 9.30 p.m.

Now that the BCCI hasn’t extended the retention deadline, there’s a good probability Lucknow will be told not to approach players (at least officially) until the CVC (tenth franchise) problem is resolved. The BCCI has advised the new Lucknow team to hold off until they receive formal approval. The two new teams were granted time from December 1 through December 25 to negotiate with players who were not retained, although the procedure may begin later than expected. The objective is to give both new franchises the same amount of time.

As of November 29, below are the most recent updates:

The BCCI is having legal discussions after concerns were raised regarding the company’s ownership of a betting operation in the United Kingdom. This issue is likely to create a delay, as it must be rectified first in order for both new teams to have the same timeframe for selecting their players.

As of November 25, below are the most recent updates:

Even as the first deadline for retentions approaches, the teams are negotiating with players, often out of turn, in order to get their chosen individuals. The Board of Control for Cricket in India (BCCI) has been informed of the situation, and the BCCI is thought to have guaranteed the franchisees that they will be kept informed.

Rishabh Pant is expected to carry on as captain of the Delhi Capitals, but Sanju Samson, the Rajasthan Royals captain, is said to be hesitant. Rashid Khan and Sunrisers Hyderabad are also in the midst of talks.

The Afghanistan leggie, one of the finest T20 bowlers in the world, wants to keep his No. 1 spot, but the franchise could want to give it to Kane Williamson, one of cricket’s most recognised leaders. The difference between the two positions is Rs 4 crore, for the record (more than half a million dollars).

KL Rahul is expected to quit Punjab Kings, according to Cricbuzz, and might join one of the new franchises, most likely Lucknow. If the Pandya brothers, Hardik and Krunal, are not retained by the Mumbai Indians, the new Ahmedabad franchise may contact them. It is said that Shreyas Iyer would want to be in the auction pool rather than be kept, and that Shikhar Dhawan is also being chased by the two new teams.

Another huge topic of discussion is that certain players are hesitant to stay with a few organisations, and management isn’t too concerned about it. The franchisees would rather go into the store with a full wallet and start over. Others will have less money, depending on how many retentions they have.

Apart from Dhoni, Chennai Super Kings are expected to keep Ravindra Jadeja and Ruturaj Gaikwad. Their pick for the foreign player retention will be one of Moeen Ali, Sam Curran, or Faf du Plessis, with the franchise revealing that skipper Dhoni will have the last word. According to a prominent CSK executive, the franchise would make every effort to repurchase the players they did not keep at the auction.

Apart from Rohit, it may be Jasprit Bumrah or Ishan Kishan, but the internal argument for the five-time winners is over Kieron Pollard, who is considered as a retention candidate. He is unlikely to be let go by MI.

Apart from Pant, the Delhi Capitals are expected to keep Prithvi Shaw, Axar Patel, and Anrich Nortje/Kagiso Rabada. The main point of contention in their camp is Avesh Khan, who has performed admirably. He might come for just Rs 4 crore, the price tag for an uncapped player, despite the fact that he has yet to play for India.

Royal Challengers Bangalore: In addition to Kohli, Devdutt Padikkal, Yuzvendra Chahal/Mohammed Siraj, and Glenn Maxwell might be retained. The question for them to consider is who will be their skipper. With KL Rahul unlikely to be available in the auction, they’ll need a capable replacement for Kohli, who has stepped down as captain.

Sunrisers Hyderabad: They may only keep one player, Williamson, who is also expected to stay as captain. Rahsid might be the second player retained, although Cricbuzz believes that the two parties are currently negotiating.

Rajasthan Royals: Jos Buttler is a foregone conclusion. RR is expected to keep Yashasvi Jaiswal as well. Sanju Samson, Jofra Archer, and Ben Stokes are other contenders for the franchise’s starting position.

A couple of uncapped players, such as Ravi Bishnoi and Arshdeep Singh, may be kept by the Punjab Kings. Shahrukh Khan, who hammered a last-ball six in the SMAT final, is also on the list.

Kolkata Knight Riders: The frontline options appear to be Varun Chakravarthy and Sunil Narine, who have received a lot of attention from the organisation. Shubman Gill and Andre Russell are among those who follow.

The deadline for retentions for existing teams is November 30.

The two new clubs will be able to choose their players between December 1 and December 25.

The 10 teams each have Rs. 90 crores, however reductions will be made based on the number of retentions. If a team maintains four players, the finances will be slashed by Rs 42 crore, Rs 33 crore if they keep three, Rs 24 crore if they keep two, and merely Rs 14 crore if they keep only one. If a franchise pays a player(s) more than the prescribed slab (which they are allowed to do), the difference is deducted from the franchise’s earnings.