By Sravan kalasapati April 21, 2022
Less than a minute

The OnePlus 10 is expected to be released later this year as the successor to the OnePlus 9 which was released in 2021. Meanwhile, the OnePlus 10 Pro has already arrived in India, complete with cutting-edge features and second-generation Hasselblad colour calibration. We are thanking digit team and tipster onleaks for this information. HERE is the TWEET.

So… Today, I can confirm that the vanilla #OnePlus10 is definitely coming and guess what… I have its complete specs sheet to share with you…😏 #FutureSquad 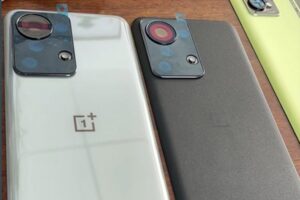 The vanilla Oneplus 10 is rumoured to be launched with either dimensity 9000 or snapdragon 8 gen 1. There is also a rumour that oneplus will ditch alert slider in this model also.  IT could possibly be arriving in the between Q3 & Q4 of this year.