OnePlus 8 series is said to launch in April in this year. As the launch is getting closer,Oneplus accessories have started been manufactured.Since,the announcement of Oneplus 8 series by the company,there have been many online leaks about the specs and even there are hands-on images of the series.

Gizmochina have claimed to have their hands on a OnePlus 8 Pro Silicone Case. 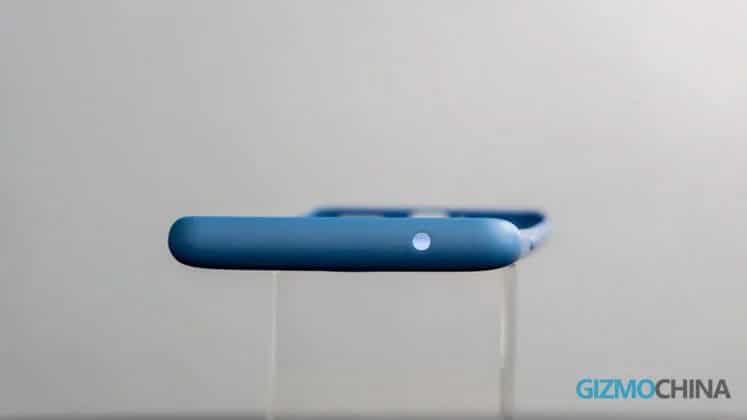 As per the above images,Oneplus 8 Pro Silicone case is in blue colour. The case have cutouts for the power button and alert slider on the right and volume buttons on the left. There are cutouts at the bottom for USB-C port and speaker.

There is no cut out for the pop-up camera. There is cutout for a triple or a quad-camera setup on the OnePlus 8 Pro silicone case.The OnePlus 8 Pro is likely going to add another camera to the setup, possibly a ToF sensor.The grooves on the right side is likely for attaching a lanyard strap not for headphones.

The Oneplus 8 Pro is expected to arrive with best hardware configuration which includes Qualcomm Snapdragon 865 SoC processor.The phone will be equipped with a 6.65-inch OLED display. It could be coming with 12 GB RAM and 256 GB of storage.

The rear panel will reportedly feature a vertically aligned quad-camera setup with LED flash with a 64-megapixel Sony IMX686 main lens, a 20-megapixel ultrawide lens, a 12-megapixel telephoto lens with 5x optical zoom support and a 3D ToF sensor. It could be housing a 4,500mAh battery with fast charging support.

Previously, an exclusive image of the Oneplus 8 Pro leaked by a OnePlus insider reveals that the phone has a 120Hz selection option in the Settings menu.

We should know more about Oneplus 8 series after the release in April.

Official Android 10 Based on HydrogenOS For Oneplus 5 and 5T

Nokia 5.3 and Nokia 5310 Expected To Launch In India Soon